It’s been a crazy few months. Since you last heard from me on this blog Vice Media commissioned me to write and narrate an animated short that aired on HBO; the New York Times and NPR interviewed me about it; I began collaborating on a film project, and I finished my fourth novel less than a year after publishing my last one. You will hear a lot more about that from me soon on that last one, I assure you.

With all that happy news being said, I do regret how rarely I post here. Since launching this blog back in 2009 I’ve joined Twitter, I’ve launched a Facebook page, and I published my novels through Amazon. I’ve also switched jobs six times and moved three or four times. A lot has happened, and somehow I have fallen away from regularly contributing to this site.

I have an idea that would change that.

Two and a half years ago I joined a monthly writers’ group, and I give them all the credit in the world for helping me develop my craft and motivating me to stick with a first draft all the way through to the finish. When people ask me about the writers’ group I say, “I wrote two novels in my twenties, and I’ve written two novels in the last two years since joining the group.” It really has been a terrific experience, and we begin each and every single meeting by picking a sentence at random out of a book, thinking about it for a couple of minutes, and then writing a piece of fast fiction –ten or fifteen minutes, no edits, and being required to use the prompt sentence at some point– that we then read to each other before moving on to talking about everyone’s projects in earnest.

Some of this fast fiction is not bad. Don’t get me wrong: Some of it is awful, and I will not be sharing anything I deem awful here, but some of it is actually pretty damned good for a first pass on very short notice, and even the ones that failed to get where I wanted them to go might be worth discussing from a writer’s perspective of analyzing missed opportunities. Whatever the case may be, I am sitting on easily a year’s worth of good content that I can queue up and forget about. Having that much stuff ready to publish whether I want it or not might even shame me into contributing more regularly for the sake of variety if nothing else.

So, with all that said, let.s have a few rules in place before I jump in headfirst. My friends will probably chortle that it has taken me this long to put some fences around this whole thing. Yes, I do have rules in mind:

Rule #1: I will repeat these rules at the top of every entry so readers who come across this blog at random do not need to seek out the original thread. I guess this first one doesn’t need to be mentioned every time, but let’s say moving forward I will link here for the sake of people who might want the preamble.

Rule #2: These pieces of fast fiction were generated from a prompt chosen at random, and that prompt will appear clearly labelled before the fiction and then clearly labelled again where it appears in the prose.

Rule #3: WordPress allows me a ‘click here to read the rest of the story’ break, and that will be used before the fast fiction begins in earnest so people browsing through this blog are not overwhelmed.

Rule #4: The prose of the fast fiction shall be transcribed from my handwriting accurately: Line breaks, grammar, punctuation, spelling, what-have-you. The point of showing a 10- or 15-minute first draft is saying what you tried to do in that time, so what does editing really get me? It’s more impressive showing how few mistakes I made and what I managed to do in the time allotted rather than correcting my errors or improving my first efforts for the sake of appearances. The very rare changes I really do deem necessary shall be noted with an asterisk and an apologetic explanation at the end.

Rule #5: After the fast fiction I will include a few sentences about my first thoughts of the prompt, what I was trying to do, what I am happy with, what I am unhappy with, and some other general thoughts. These entries are less about the actual prose and more about the exercise as a whole. Post-gaming that exercise will be a big part of the end result.

Rule #6: I have all my blog posts set up to automatically go out through Twitter. If I’m going to queue up twenty or so of them into the distant future, I will schedule them to go out at 3 am. I would not want to find myself in the midst of a happy moment or a sad moment tweeting some piece of irrelevant and therefore inappropriate short prose. Hopefully a 3 am posting time will keep me clear of that concern. I also reserve the right to reschedule these posts based on other things that should take priority on this blog.

And that’s it. Let’s begin! For the first one I’m going to wave Rule #6. I know when this is going out. I will also confess I am rather happy with this one. I am picking and choosing the order I post these writing exercises, so I will start off with one of my best feet forward. Here we go! 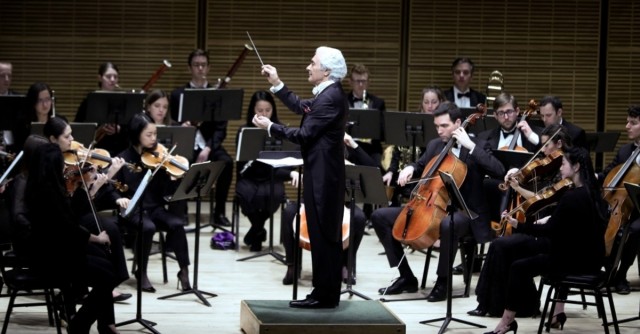 Even when we drew close, he remained utterly absorbed in his work.

My father was a composer. That was a delight to me as a little girl: He towered over me in a tux with a white bowtie, and he commanded the music with a wave of his hand and a flourish of his fingers as I sat in the front row in my best party dress. I remember my legs were so short that my patent leather shoes swung through the air in time to the strings rather than touch the floor.

I rebelled as a teenager, as most girls do. I went to a college out of state. When people asked what my father did, I murmured something about Classical Music. You had to say Classical Music, you understand, because otherwise they would ask questions, excited questions. Questions for which I had powerfully uncool answers.

I got a good job in yet another state. I married. I had kids. We visited him when we could, but he had concerts during the holidays, and somehow something always came up.

My father developed dementia about the time I was ready to retire. I flew back to our old home, and I worked to get things squared away and move him into an assisted care facility and sell the house.

In his mind, he was a young man again, and he was composing!

Oh, he had a tune in his head struggling to get out! He murmured it night and day.

Sometimes he would snatch me up in a waltz to music only he could hear in his head. He in a bathrobe he thought was his tux. He’d hold me close, and we’d spin around the room as he warbled the tune to me.
Even when we drew close, he remained utterly absorbed in his work.

My father died in his sleep before I got a chance to sell the house. He died with sheet music in his hands.

…And that’s where I ran out of time.

This one came very easily to me. ‘Drawing close’ can either be about intimacy or dancing, and I am a little too bashful to try to write physical intimacy in ten minutes and then read it aloud to my peers without editing. So it was dancing, and if he is drawing someone close my first thought is that someone should be a woman, a woman playing second fiddle to her dancing partner’s work. Why should that be? I didn’t want to write a story about a spurned lover or a failed wooing of a workaholic. It came to me in a flash that I could try to do a reverse take on Harry Chapin’s Cats in the Cradle.

I enjoy a great relationship with my folks, but I am attracted to fiction that explores conflict between parents and children. Part of growing up is putting some distance between the person you are trying to become and the person who made you. Part of being an adult is deciding how much distance you want to maintain and how you maintain it. This story is told from the perspective of someone who feels she got it wrong and now lives with regret. I am delighted the prompt forced me to do it from a daughter’s perspective, as that is not something I have done much in longer fiction. I do regret I didn’t have more time to write: I think two or three more paragraphs might have sealed this one as my best writers’ group writing exercise to date. It’s not, in my opinion. I will leave it to you readers to decide which is my best moving forward.

Still, it was a nice one to start with. Cheers, everyone!