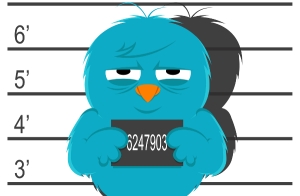 So the last time I was active on this blog, it was an annual tradition of mine to pick out my favourite tweets of the previous year as my first post of the New Year. Here are the posts for 2010, 2011, and 2012, if you have the interest.

Anyway, as I mentioned in April, I am starting up this blog again after a two-year hiatus, and I suppose that means I should go through the archives of @faceintheblue to see what jumped out to me. I’m skipping over a lot of my fury and scorn and disbelief and despair over Toronto’s former mayor Rob Ford for the sake of making this post more interesting to a general audience. I have also adjusted my rules a little from previous summaries: I’m no longer trying to evenly separate my selections across the calendar year –if I had four great tweets in November, why not highlight all of them?– and I’m also adding more explanatory notes where some context will be helpful.

Anyway, here are my favourites of the last couple of years. Enjoy!

I just asked a fellow where he was for the Year 2000 ball drop. “In prison.” I changed the subject. #NewYear

Gandhi said, “Be the change you want to see in the world.” How do I become an arriving streetcar, Gandhi? It’s freezing out here! #Toronto

Okay, solid weather this morning, April. Good effort, nice hustle. Now give me ten laps and don’t you dare cool down or hit the showers!

Ah, buying beer from a corner store. Are you watching, Ontario? Did you note the lack of fire and brimstone smiting one of your citizens?

(I was in Colorado running a mining conference. On principle, I bought a six pack of local beer from a corner store, a luxury that will likely never be made available to me in my native province.)

Trapped in the elevator for 30 minutes with 5 coworkers and a mailman. I was THIS close to leading them in song to keep their spirits up.

Well that was exciting. I just watched a very one-sided bar brawl. It is way too early on a Friday night for all that drama. #Toronto

An eerie calm has descended on my Twitter feed as every journalist, columnist, and editor in #Toronto turns to frantically type copy.

(I followed three quarters of the Toronto press corps’ twitter accounts during the ongoing scandal of former Toronto mayor Rob Ford. On November 5th, apropos of nothing, he finally confessed to having smoked crack within the last year. The Twittersphere frothed frantically for about five minutes, and then a deathly silence fell across the journalists of my fair city as they put down their phones and fired up their laptops, desperate to be the first to file a story to their various websites.)

I will concede Tim Hortons is decades out of dates when it comes to cups and lids, but you can say that of most Canadian infrastructure.

(This was funnier before Brazilian-owned American-branded Burger King bought Tim Hortons the next year.)

So in Pictionary, the answer is never ‘Box’ even though that should be your first guess nine times out of ten. #RandomThought

So apparently you’re not supposed to pet the baby hammerhead sharks in the stingray petting tank. Too late! They feel like velvet…

(Toronto’s Ripley’s Aquarium opened shortly before this tweet. My company took the afternoon off for the non-sales staff to go on a team-building field trip. A shark got into the stingray petting tank. I was reprimanded for touching it after the fact, but the deed was done and tweeted!)

Dad thought he was the only one who knew about Boxing Day shopping. The reality check of this Future Shop parking lot was swift & furious.

14 years ago to the minute I started watching a Y2K paranoid fellow repeatedly pratfall on ice while trying to pull-start a generator.

(Strictly speaking I tweeted this after the ball drop, so it wasn’t to the minute, but I’m guessing I started to compose it in 2013 and hit submit in the New Year. Anyway, it was a funny memory I think about almost every New Year’s Eve. We almost missed the Year 2000 ball drop watching the man fall over and over again. I think the countdown was at 7 before we could pry ourselves away from the window.)

Snow? Your mother & I have decided we don’t like this new friend March you’re hanging out with. She’s trouble! With all her lions & lambs…

If tonight at my local pub was a sitcom episode, the title would be, “That Time We All Drank Red Wine For Some Reason.”

(I am a regular at a local pub. I saw more glasses of red wine on the bar in that one night than in all my time at the establishment before or since combined. Someone asked about red wine, and that somehow translated into everyone in the room trying a glass of each of the reds the bar stocked. They were all terrible.)

While playing dominos, my mother persistently & with intent to wound called me an SOB, even after I explained why that’s a boomerang insult.

Three days into the new job and I’m only just discovering my desk has drawers, and that those drawers are a veritable cave of wonders…

A very Happy Fourth of July to all my American friends! May your apple pies be flavourful, and your fireworks deafening.

Hey, July Heatwave? It’s none of my business but is everything okay at home? It feels like you’ve really been phoning it in lately. #Toronto

The groom is a neuroscientist. His toast was about monogamous pair bonding in mammals, referencing the Prairie Vole. #RoadTrip

(Over the Labour Day long weekend I drove down to a wedding in Birmingham, Alabama. I tweeted the whole trip there and back. About three quarters of the attendees had PhDs and/or MDs. This was the tweet about the groom’s toast, during which he never mentioned his wife.)

That was the best “I’m in the middle seat” flight I’ve ever been on. Many thanks to the tiny women with blunt elbows on either side of me.

My goodness! Is that you, Hangover? I haven’t seen you in ages. You’re much bigger than I remember. My how you’ve grown. #BacheloretteParty

My cat equates making the bed with Satanic ritual. Her terrified eyes try to tell me she accepts what I’ve done. We both know it’s not true.

OK, Toronto Symphony Orchestra: Give me all the Messiah I can Handel! (It’s my third year in a row making that Dad Joke; I regret nothing!)

(Someone at the TSO retweeted this. I was finally vindicated after three years of picking that pun!)